Last week, for Cooking Lesson #1, I took Nora Morse to some of my favorite Anchorage ethnic stores. Starting April 1, Nora and I chat about stores we visited. Lesson #1 (all 4 parts) is the first of a series of columns Nora and I are writing about her cooking lessons. Lesson #2: Knife Skills is next on the schedule. 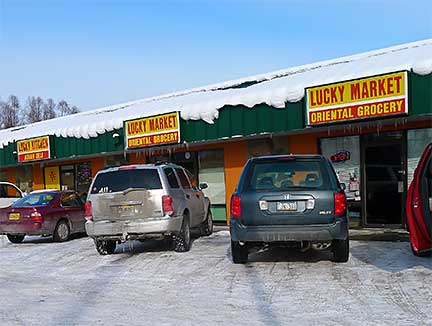 Nora: Next, we were off to Lucky Market. Right off the bat, Lucky Market felt open, less cluttered, and very clean. Not that the other markets weren’t clean; they were! It’s just that Lucky Market gives off a clean feeling the minute you walk inside. 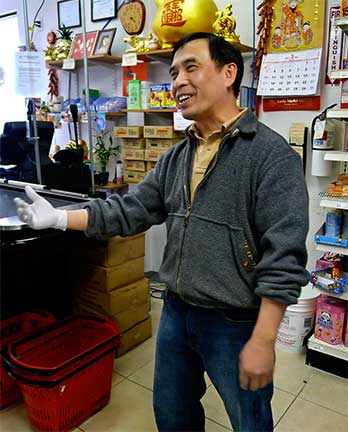 Laurie: Barry Yu, a native of Hong Kong who’s lived in Alaska since 1976, owns Lucky Market. Barry opened Lucky Market 6 years ago at 5011 Arctic Boulevard. The store is open from 11 am to 8 pm daily. 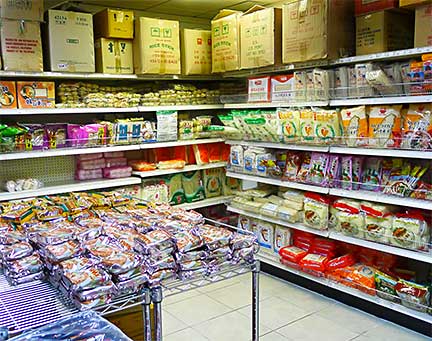 Since opening Lucky Market, Barry has remodeled it many times, continuously adding square-footage and improving efficiency. So far, Barry has added a storage room, sales space, an Asian Deli, and a more spacious produce section. The store is brightly lit, with wide aisles and shiny freezer compartments.

Lucky Market specializes in Southeast Asian ingredients from Cambodia, Vietnam, Malaysia, the Philippines, Thailand, Laos, and southeastern China. It has a good selection of fresh produce, all of which looked fresh and vital when we visited. Barry says his specialties are excellent customer service, quality produce, wide selection of ingredients, and low prices. Lucky Kitchen, on the north side of the store, serves well-seasoned Chinese and Filipino food.

Barry works with 27 wholesalers, all outside Alaska, to supply Lucky Market. Although the logistics are complex, doing so helps Barry keep prices low. Frozen, canned, and dry foods are shipped by barge. Fresh ingredients, including produce, are shipped via airfreight. 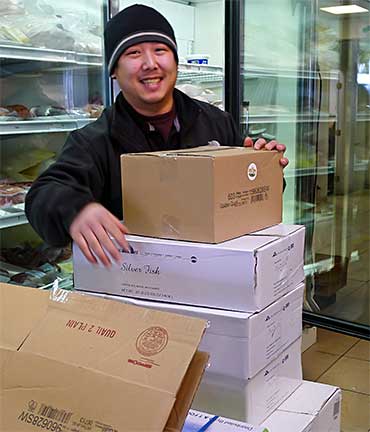 Nora: Lucky Market had a great selection of frozen fish.  There were fish I hadn’t even heard of (and I LOVE fish!).  The store was very well organized and products mostly well labeled and easy to find. It’s the perfect place to get exotic seafood, including beautiful whole octopus.

(Is anyone willing to do a guest column on Southeast Asian fish? I’d love the education and so would my readers. The more we know, the more we buy!  If interested, please comment on this post or send me an email.) 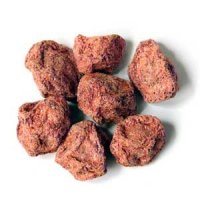 Salted Dried Plums (Photograph by Mariobatalivoice.blogspot.com). Be sure to check out the recipe for Li Hing Popcorn at MarioBataliVoice.

Nora: While browsing the aisles at Lucky Market, Laurie impulse-bought dried salted plums. Apparently in Hawaii the kids all go crazy for them, so I thought they were going to be candy. We each popped a whole plum in our mouth. Laurie immediately spit hers out, while I tried to figure out what was happening to me.

All of a sudden I had a mouth blackout. The flavors were so intense I couldn’t physically move or think or do anything but focus on this plum. It was intensely sweet, salty, sour and bitter all at the same time. You really have to try dried salted plums to understand the intense sensation. I’ve learned you’re supposed to nibble the plums, taking only tiny bites. If you do this, dried salted plums are strangely addictive.

Laurie: That plum assaulted my taste buds! Spitting it out was a reflex action. Salted plums get their intense flavor from li hing powder. Nora definitely won the exotic food tasting prize that day. No way to say it, except that I wimped out. Li hing plums are definitely an acquired taste. I’ll try them again using Nora’s nibbling technique.

Next time I visit Lucky Market I’m going to buy fresh rice noodles (the only place I’ve found in Alaska that sells them), quail eggs, Filipino tocino (cured pork), and black sesame ice cream. Or maybe I’ll just buy a bag of black sesame seeds and make my own ice cream using this recipe from Savory-Bites. 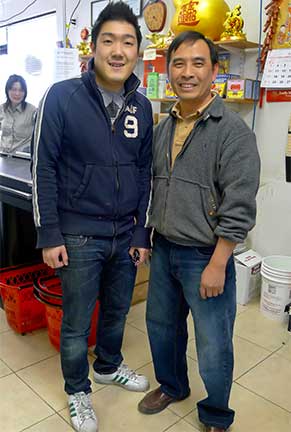 [Nora and Laurie’s food adventures continue. Monday’s column (April 1) is about Central Market (north side of Northern Lights in the Valhalla Center), today’s column (April 2) us about Lucky Market (northeast corner of Arctic and International); Wednesday April 3 is about APA Asian Market (southwest corner of 36th and C) Wednesday. Next week we’ll go to the Eastern European Deli (36th east of Arctic)]