Last week, for Cooking Lesson #1, I took Nora Morse to some of my favorite Anchorage ethnic stores. Starting April 1, Nora and I chat about stores we visited. Lesson #1 (all 4 parts) is the first of a series of columns Nora and I are writing about her cooking lessons. Lesson #2: Knife Skills is scheduled to run next week. 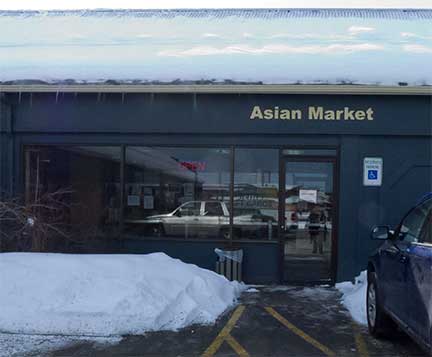 Nora: The final Asian market we went to was simply called Asian Market. It was a new market for both of us. It was significantly smaller than the other two, but had by far the best produce of them all! The people were also super friendly and helpful! 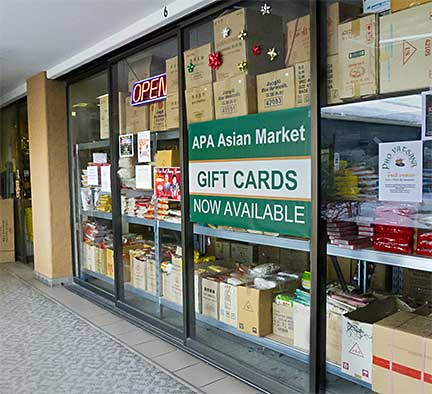 Laurie: Despite the outdoor sign, turns out the store’s name is actually APA Asian Market (APA stands for Asian Produce of Alaska). It’s owned by Sammi and Gary Hudson and has been open for over 30 years in the same strip mall. The mall is on the southwest corner of C Street and 36th Avenue (300 W 36th Ave # 6) and the store’s entrance is inside the mall. 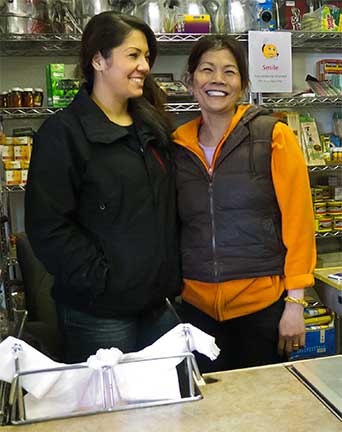 Sammi is Cambodian. her brothers, both of whom are named Sam (the three siblings have different middle names), work in the store, as does Sammi’s daughter, Crystal Abbott, and sister-in-law, Penny Tes. APA market is definitely a family operation.

As its name suggests, APA specializes in Asian greens and other produce. Sammi says they buy organic whenever possible. I love their small purple eggplant (about 3-4” long); they’re perfect for many Greek and Middle Eastern eggplant dishes. They also carry 3 varieties of Asian basil: sweet basil (a different plant from Italian sweet basil), Thai basil, and hot basil (also known as Holy basil). 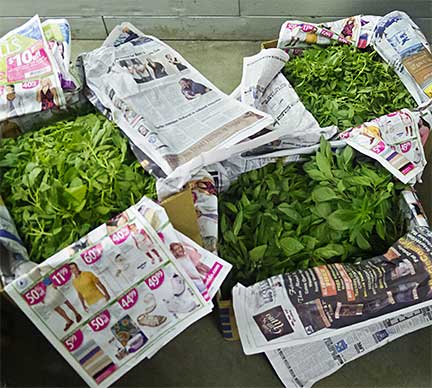 Nora: Two separate people went through the produce bins with us to tell us what everything was called, how it’s traditionally used, what the medicinal purposes were if there were any, and what a similar taste would be. I learned the most here! It’s also a family owned business that has long roots in Anchorage which I love.  It was a much more personal shopping experience. If you are into that kinda thing. (Umm who wouldn’t be…??).

Laurie:  All the people at APA were incredibly helpful, and are quite knowledgeable about  the produce. They also speak very good English, which isn’t always the case in markets this size. For awhile, Sammi and her family ran Sawaddi Midtown Restaurant in the same mall. I went there regularly for lunch and still miss the grilled beef salad.

For those new to Asian ingredients, APA is a great place to start shopping. Sammi and her staff are happy to talk about the food for sale, and willing to give cooking tips. Crystal explained what makes APA special: “We explain the products and tell customers how to use them. We recommend the best products and help people use them the right way.”  Personal attention like this is invaluable. 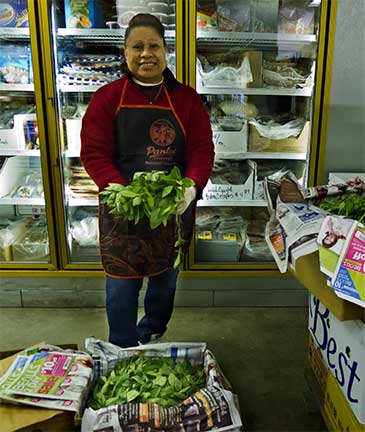 Since hot basil is new to me, I asked Sammi for the best way to use it. She recommended adding it, along with lots of garlic and fresh chiles, to spicy foods like Thai Chicken Kaprao. I bought a bundle of hot basil, found a good recipe for Chicken Kaprao, and was ready to go, but then lost the week-long battle I’d been fighting against a nasty virus (in other words, me being sick has absolutely nothing to do with APA).

I’ve spent the last few days recuperating and staying out of kitchens and will report on Chicken Kaprao when I’m cooking again. I’m pretty excited about the recipe; for one pound of chicken it uses 10-12 cloves of garlic, 12-20 Thai chiles, and 1 cup of hot basil. Today, as I write, my mouth is watering from thinking about eating Chicken Kaprao; I must be getting better!

Nora: Now, I did say the people were super helpful and great and we had a ton of help with produce. This is all true. But some of those herbs tasted gross. You might like them. I did not. It’s also good to try new things and broaden your horizons so I’m sticking with that. In other words, I’ll try them again. 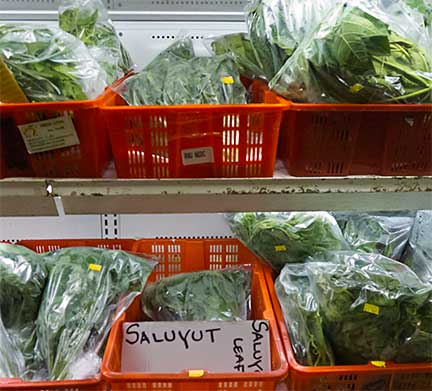 Laurie: Hahahahaha! I think some of the herbs tasted gross because we ate them raw and they needed to be cooked. I should have taken better notes! I once had an amazingly delicious Thai herb salad (yam samun phrai) at Pok Pok Restaurant in Portland, Oregon. The salad combined a wide variety of Southeast Asian herbs  with shaved carrots and parsnips. In combination, the herbs were delicious even though, eaten on their own, some herbs were bitter or way too tart. We both need to try them again; a good reason to return to APA Asian Market. 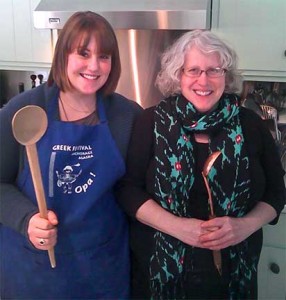