Happy New Year to one and all!

I’m back from recent travels and recovered from holidays full of family, parties, and baking. You heard it here first: I’m never eating cookies or candy again. Ever. Or at least until memories of the last month fade into nothingness.

It’s hard to decide what to write about because I have a giant backlog of recipes and photographs. So instead of actually making a decision, I jumbled my stack of notes, and randomly drew out the recipe for Leek Mousaka.

When we arrive in Greece from Alaska, the first thing we do is go to an airport newsstand for newspapers and at least one cooking magazine. Properly armed, we head for our hotel to read and relax from the long trip.

Lately, my favorite Greek magazine is Olive (a spin-off of BBC Olive). Sprightly Greek food personality Ilias Mamalakis first drew me to Olive, but I continue reading it for updates on the Greek food world and interesting recipes. Sadly, Olive isn’t available in Alaska, even by subscription. 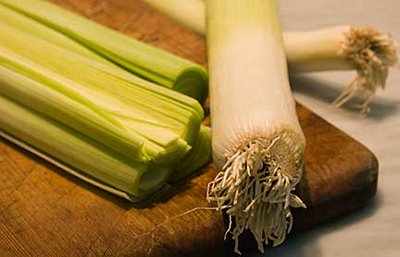 As a leek lover and someone with a healthy supply of homemade Greek egg noodles (hilopites), Olive’s recipe for Leek Mousaka was intriguing. Out of curiosity, I googled “Μουσακάς + Πράσα” (Mousaka + Leeks) to see if Olive’s recipe was unique. A number of websites had identical Leek Mousaka recipes, but only one credited the magazine. None credited Georgia Kofinas (Γεωργία Κοφινάς), who Olive identifies as the recipe’s creator.

There’s no way for me to know whether the recipe actually originated with Kofinas or someone else. However, the issue of copying recipes without attribution is one that, sooner or later, all food writers must confront. It’s infuriating when others appropriate recipes without permission or attribution. On the other hand, it’s easy to give credit to those whose work contributed to your creation.

Here’s my practice and, if I could wave a magic wand, it’s one all food bloggers and writers would follow:

1. If I use a recipe exactly as written (which I rarely do), under the name of the recipe I write “recipe by” and identify the author and source of the recipe. My article about the recipe also includes a review of the source book, magazine, or blog and applicable permalinks.

2. If I make only minor changes to a recipe, under the name of the recipe I write “recipe adapted from” and identify the author and source of the original recipe.
3. If I make major changes to someone else’s recipe, under the name of the recipe I write “recipe inspired by” and identify the author and source of the inspirational recipe.
4. If I don’t designate “recipe by,” “recipe adapted from,” or “recipe inspired by,” the recipe is my creation.Of course, there are simple dishes that many cooks discover or invent on their own, without ever having seen a similar recipe. Oven-roasted vegetables, vinaigrettes, risottos, soups, and eggs are only a few examples of such recipes. Any similarities in recipes like this are, more likely than not, coincidental.In the case of Leek Mousaka, I significantly changed the original recipe. I cooked the leeks without water to boost their flavor, used a personal recipe for tomato-meat sauce, enhanced the topping with cream and cheese, and adapted the recipe so it can be made with ingredients available in the United States. Even though I made major changes to the original recipe, I wouldn’t’ve made it without Olive’s inspiration, so included a credit for both the magazine and the recipe’s creator.

Leek Mousaka is quite different from the typical Mousaka found in Greek restaurants around the world, and is wonderfully delicious. The sweetness of sautéed leeks enhances the minty tomato-meat sauce and contrasts with the tart yogurt. Noodles play harmony to Leek Mousaka’s aromatic flavors, and form a pleasurably crispy top crust. The resulting dish is attractive, delectable, and suitable for any occasion.

Next Post: About Pancetta with Recipes for Pasta with Squash, Arugula, and Pancetta & Pasta with Pork in Garlic-Wine Sauce (Ιταλική Πανσέτα με Ζυμαρικά)