The Moosewood Cookbook: A Cookbook, An Obsession, A Soup 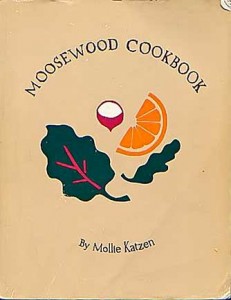 In 1977, while a student, I lived in a Quonset hut in Portland, Oregon. My bedroom was painted white; the bed a mattress on the floor topped with a quilt made by my grandmother. On sunny mornings, rainbows danced on the curved white walls, refracting off crystals hanging in the room’s one small window.

Shortly after moving into the Quonset, I totaled my classic VW beetle in a car accident, seriously injuring my knee. Surgery repaired the knee, but left me in a full leg cast for months. I spent way more time in the Quonset bedroom than I’d ever planned. 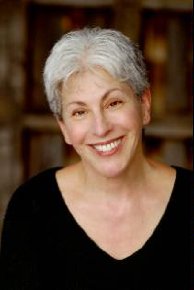 By the time I could walk and drive again, I’d read The Moosewood Cookbook so many times I felt as if I had an intimate personal relationship with Mollie Katzen. Mollie delighted in cooking, as did I; her joy and enthusiasm freed me to openly celebrate my passion for food. In 1977, before celebrity chefs, cable TV, and blogging made food zeal commonplace, Mollie’s far-off support was rare and liberating.

Gypsy Soup was the first recipe I made from The Moosewood Cookbook, and I still regularly make my adapted version of it. Mollie described it as “a spiced and delectable brew of Spanish and Dickensonian origins.” I’ve been puzzling over this description for 34 years.

With chickpeas, vegetables, and Moorish spices, the soup’s Spanish origins are obvious. Mario Batali’s 2008 book Spain: A Culinary Road Trip contains a recipe for Gypsy Potage that is first cousin to Mollie’s Gypsy Soup. Batali’s soup has chickpeas in a broth seasoned with onions, garlic, tomatoes, and paprika and is finished with salt cod (bacalao).

Batali waxes eloquent about his soup’s origins: “[This soup] displays the gypsy kitchen’s particular combination of modesty and brazen flavor. Not unlike flamenco, the great music whose roots lie deep in gypsy culture, la comida gitana is soulful and rhythmic, heartwarming, and satisfying to be around.”

Gypsy Soup is definitely rooted in Spain. What, however, did Mollie’s reference to the soup’s “Dickensonian” origins mean? If I were actually friends with her, I’d’ve asked years ago. As it is, I’ve polled everyone I know. We agree the reference is to Dickens, and probably to the London soup kitchens that started in Dickens’ era. But if that’s the case, couldn’t every soup be called “Dickensonian?” Why single out this soup? Especially since its bold flavors, as Batali makes clear, are a far cry from what one might find in Dickens’ London. The logic escapes me.

Why I care is probably just as good a question as what Mollie meant by “Dickensonian.” I first read The Moosewood Cookbook when just out of the hospital and still taking pain pills. I started obsessing about “Dickensonian” then and have never gotten over it. And, no, I can’t just let it go, though have largely relegated it to the “it’s a mystery” category of life’s conundrums.

Gypsy Soup, regardless of its origins, is delicious. I’ve made it many times over the years, and have never been disappointed.

23 Responses to The Moosewood Cookbook: A Cookbook, An Obsession, A Soup

Previous Post: How to Use Cilantro, A Mainstream American Ingredient

Next Post: Blog of the Week: Libyan Food, Recipes from the Modern Libyan Kitchen