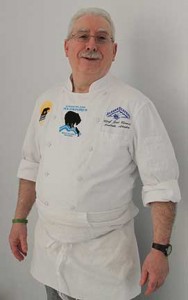 Chef Joël Chenet recently forayed from his Kodiak kitchen to trawl the halls of Alaska’s Capitol Building in Juneau.  Chenet is on a mission to convince legislative leaders that Alaskans need the Environmental Protection Agency to take an active role in responding to the proposed Pebble mine.

“Yes, local decision making is a good thing. But the Environmental Protection Agency has the power to protect Bristol Bay fisheries and local people do not. So what can we do? We must ask for EPA help,” explained Chenet in brisk French-accented English. 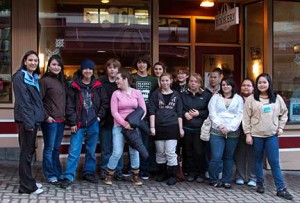 How did a French chef become a Bristol Bay stakeholder invested in the outcome of the proposed Pebble mine?

Joël Chenet, 62, was born in Tours, France, where his parents ran a hotel-restaurant. He dreamt of sculpting bronze and had no interest in cooking. Joël’s father insisted he get a job. Instead of following his art school dream, Chenet obeyed his father and became a chef’s apprentice. In 1967, he was honored as France’s Best Young Chef, an award Chenet says “opened a lot of doors.”

For 30 years, Chenet led a classically trained chef’s traditional, though itinerant, life. He had a stint in the French Navy as an Admiral’s chef, followed by jobs in England, Switzerland, Germany, South Africa, France, and Madagascar. In 1975, he came to the United States to cook for the French President, followed by a series of prestigious chef jobs in Boston and New York.

In the mid-1990s, a former apprentice of Chenet’s who’d moved to Kodiak invited Chenet up for a visit. Chenet spent his 3-week summer vacation in Kodiak that year, and then the next year, and then the next. After three years of vacationing in Kodiak, Chenet realized his heart was in Alaska, abandoned his traditional career, and moved here permanently.

Chenet and wife Martine have run Kodiak’s Mill Bay Coffee & Pastries for 11 years. At breakfast, Mill Bay is a typical coffee shop selling good brew and French cakes and pastries. At lunch, however, Chenet creates seafood specials made with whatever he buys fresh from Kodiak fishermen. He also caters local events, specializing in seafood dishes. 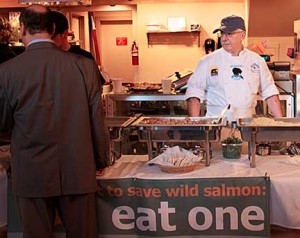 “Ten years ago I started promoting Alaska seafood for ASMI. In 2008, I went to Monterey and became an Ambassador of Sustainable Seafood. In both roles I teach chefs around the country about the quality of Alaska fish. I show them how wild Alaska fish is a better product, how they can sell more to their customers than when they use farmed fish.” 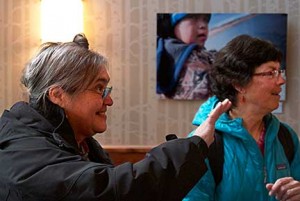 Chenet said Alaska fisherman also needed to change their practices: “I’ve been working with fishermen on quality and portion control. Years ago when I worked in a convention center I ordered 2000 farmed 5-ounce skinless fillets and got just what I wanted. You didn’t used to be able to do that here. Now, Kodiak fishermen are packaging portion-controlled fillets.”

“Before, fishermen took fish out of the net and threw them into the hold,” Chenet continued. “Fish on the bottom were crushed. I explained chefs want fish bled immediately and held in slushy water. Now, fishermen are doing this. By making these two changes, fishermen are earning double what they were before.”

Bristol Bay first appeared on Chenet’s radar last year: “Last summer, TU (Trout Unlimited) was bringing chefs up to Bristol Bay to educate them about salmon runs. TU asked me to come along and explain about Alaska’s five different salmon species.  We went out on a fishing boat and on a tender. It was really an eye-opener. It was such a different kind of fishing than is done in Kodiak.“ 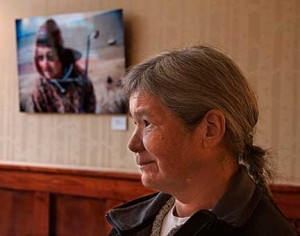 When Chenet returned to Kodiak after travelling to Bristol Bay, he continued to educate himself about the Pebble project. His uneasiness grew: “What we learned with Exxon Valdez is when toxins go into water, we can’t predict exactly where they’ll end up. If Bristol Bay is contaminated, the poisons could end up in Shelikoff Strait. Fisheries for king crab, black cod, scallops – all could be killed and the fisheries gone. And what of the Native people, the subsistence people? They need hundreds of pounds a year of fish just to survive. All could be gone.”

Chenet compares the Pebble situation to an environmental disaster he witnessed in Madagascar, caused by deforestation of tropical forests. In Madagascar, Chenet said, environmental impacts that might have been minor elsewhere had devastating consequences for indigenous peoples whose lives were dependant on healthy forest ecosystems. “If the fish die in Bristol Bay, the economy will collapse. People will lose everything.”

As a continuation of his work promoting Alaska seafood and sustainable fisheries, Chenet got involved with the Bristol Bay stakeholders. “Chefs have discovered the quality of wild salmon,” said Chenet. “We don’t want them to go back to farmed.” 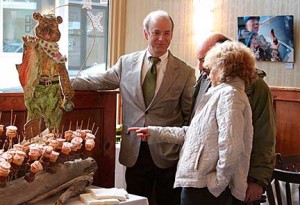 Juneau meetings with legislators last week went well, said Chenet. Lawmakers seemed receptive to Bristol Bay stakeholders’ concerns, and supportive of the now ongoing EPA study. “So many places the proposed mine will effect are marshes and wetlands. We’re hearing those kinds of areas require federal permitting, so the legislators are saying a federal study now is a good idea.”

As for his childhood dream of being a sculptor, Chenet hasn’t yet given up. One day, he says, he’ll learn to shape bronze. In the meantime, he works with seafood, spices, butter, and bacon. “I’m a food artist,” Chenet laughed.

Many thanks to Juneau photographer Patrice Aphrodite Helmar for the use of her brilliant images.