How to Cook Greens and Recipes for Greens 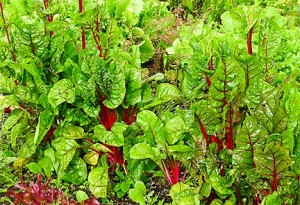 Reader Kathleen asks: How about some recipes for greens? I know they are good for us and would like to put more in my diet but I need recipes.

Greens are good for us, and they’re also very delicious.  Greens, both wild and domesticated, are a staple in our home.

I never much liked greens when I was growing up. In my parents’ house, cooked greens meant only thawed frozen spinach reheated on the stove. Salads were made with iceberg lettuce. I didn’t like either one.

After moving out on my own, I discovered Spanakopita (Greek spinach pie) and it immediately became one of my specialties. Even so, I still shunned all greens other than spinach. This was years before I met and married a Greek-American.

We moved to Greece for a year in the late 1980’s. Any prejudice I held against greens rapidly disappeared. I tried wild greens of all kinds and discovered a wide variety of delicious flavors. Boiled wild greens, dressed only with salt, olive oil and lemon, were (and are) a mainstay of our Greek table. I craved hortopita, similar to spanakopita but made with mixed wild greens.

In Greece, we never go on walks without a gathering bag and knife in hand, and shamelessly dart into waste land between rows of vineyard grapes for particularly lovely greens. When I see Greek women in the fields, heads down and fannies in the air, I know they’ve found a particularly tasty patch. I don’t want the women’s picture, but I do want to know what they’re harvesting.

Greeks are not the only ones with a yen for greens. People in most countries along the Mediterranean coast love greens and have a multitude of recipes for using them. I’ve recently taken a fancy to Tourte de Blettes, a Provençal pie that combines Swiss chard and fruit. The Tourte is both sweet and savory, and can be served either as a main course, or sprinkled with powdered sugar, as dessert.

The pie uses only the leaves of Swiss chard. Instead of tossing a large pile of chard stalks into the garbage, I use them to make Dip of Swiss Chard Stalks and Tahini, a Middle Eastern dish that makes a lovely addition to a table of appetizers or small plates.

6 Responses to How to Cook Greens and Recipes for Greens